The drama in our life…

So you would like to end the drama in your life?

We all have drama happening in our lives to some degree. I have become aware that since I began consciously keeping dramas out of my life, I get less involved in them. My ego loves drama. It loves to listen to stories of bad things happening to good people. How difficult life is. How we always have to suffer before we can achieve something. Each time I thought I had overcome an obstacle and was standing up again, the next thing would happen to keel me over.

I felt like Don Quixote, but instead of fighting the windmill I stood close to it and the blades of the windmill knocked me off my socks. I stood up, dust off my knees, put a brave smile on my face and waited for the next turn to hit me over the head. Then one day I realised I could stand somewhere else. I went a couple of steps to the side and felt the swift wind of the blade passing close by without hitting me. I left the mainstream behind and stood alone as a witness to the windmill.

The windmill in my case was the enemy called drama. I started to see I had a choice. I was creating letting the drama interfere with my peace. The drama was just being drama. I experienced the truth of it and no longer had a need to identify myself with the suffering in my life. I was so happy when I gave up the ‘poor me’ mentality that I wondered why I had stood so long under the blades of the windmill. I could have lived a life of bliss if it was not for my eagerness to feel like a victim of circumstances around me.

Stuff happened to me and I couldn’t see how I attracted it. It was easier to blame the windmill for knocking me over than to blame myself for staying rooted in the wrong spot. By changing my standing point and my premise, my experiences starting to change. I lost interest in drama. I could see how some people lived and thrived on lots of bad things. They needed to see the news, read newspapers and watch horrible videos on YouTube to justify the right to be a martyr and to suffer. They had proof that all those bad things were real. Now, I see the news as an entertainment business (a big multi-billion dollar one) no different from the spectacles the Romans put on. It shows us our shadow side under a magnifying glass and feeds our darkest fears. The ego loves this and thrives in a climate that justifies hate, anger and guilt. Once I started losing interest in feeding my ego I lost interest in gossip magazines, news, newspapers and anything that did not make me feel joyful. For me, what happens in my world is what I project onto it. I take responsibility for the drama in my life.

I was able to put this learning in to practice about a year ago, when my newly wed husband and I were experiencing some drama. I would be sitting there minding my own business, reading a book or writing one, and he would become angry out of the blue. I would say certain things that would trigger him even more and next thing he was trowing fire balls at me. I have never been good with verbal abuse, so I shut down and go away when this happens. I stop communicating and distance myself. It had started to happen more frequently and suddenly we had a big rift between us. I wanted out of the marriage. We were only married seven months so we had to get a paper from a counsellor in order to be able to apply for divorce.

Visiting the counsellor was a great idea. The counsellor gave us some great insights about the energy in our relationship and how we both were playing a role in accordance with beliefs instilled in us when we were very young. I had a way of closing myself off in relationships because as a child that was what I had to do to deal with energy around me. Brad, being a middle child, had a different way of coping and he tried to get closer to me. You can imagine how these two different types of people start dancing the tango, getting closer and pushing away. It was exciting and fun but at the same time could be very frustrating. Although I could see that I was reacting a certain way, I still refused to see that I was responsible for the verbal abuse I experienced. My husband did say a couple of times, “You make me do it” and I thought that was the worst cop-out ever. He had never before been abusive so for him the experience was new too. I started to realise that I also abused myself in my head. My inner critic was severe, constantly saying things to me that were a hundred times worse than what my husband was saying.

At that moment I disconnected from the drama, as I could see it was my drama and mine alone. I had to change, not my husband. I started to concentrate on feeling good all the time. I started to be grateful for the good things in my life. I bought a tear-off calendar and every day when I tore off the page I wrote three to five things on it I was grateful for that day. I kept all the pages in a box and when I feel a bit a low I take them out and realise how much I have in my life to be grateful for.

I also started practising the technique that Esther Hicks calls pivoting. It starts with becoming aware that you are having thoughts that are attracting unwanted situations. From that point, you pivot to a new position and bring your thoughts to what you do want to experience.

For example, one day my husband and I were sitting in the car and tension started to build up. Like a storm approaching the air became heavy and my breathing became more shallow. I could see the veins in my husband’s neck starting to throb and his colour becoming darker. I knew one word could trigger fireballs being sent out. I took a very deep and slow breath in, then concentrated on breathing out just as slowly, while pivoting my attention to something that makes me feel very happy and alive. I look at the blue sky and think that this is the most gorgeous blue sky I have ever seen. I look at the dog on my lap and feel all the love I have for that little fur ball. I keep making sure that my breathing is very deep and slow.

Life is counted by the number of breaths we take in, not in years. Apparently turtles live for centuries because they breathe extremely slowly. I keep working on going back to my ‘feel good and happy’ level and do not give any attention at all to tension, or to my husband’s fight he has with himself in his mind. We are both very aware that the only fights we ever have are with ourselves and that the other is only serving as distractor or instigator to facing the problem within ourselves. If in the end we are all one, there is technically no other. So the only one you are getting in a fight with is yourself.

To end the drama I suggest turning more inward instead of outward. This can change many dramas in to love stories.

“Tis mine to seek for life in death,

Health in disease seek I,

I seek in prison freedom’s breath,

So Fate that ever scorns to grant

Or grace or boon to me,

Since what can never be I want,

What are your techniques to feel good again?

What are the stories you keep telling yourself that are not really you?

What drama can you let go of now?

Are there people who you could let go of that are activating and enjoying lots of drama in their life? 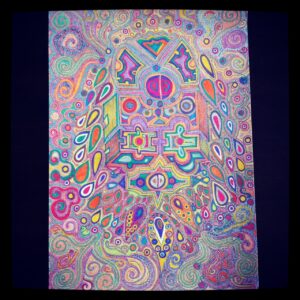